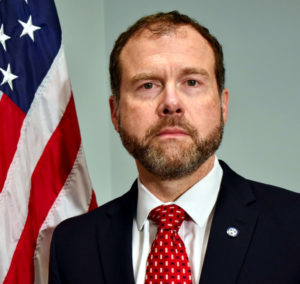 COL Michel retired from the military in 2017 after nearly 30 years of service to the Army National Guard.  Michel’s career culminated with his command at Camp Shelby Joint Forces Training Center in Hattiesburg, MS where he served as Installation Commander.

COL Michel is a Veteran of Operation Desert Shield/Desert Storm and a Combat Veteran of Operation Iraqi Freedom.  COL Michel’s military decorations include the Bronze Star and the Combat Infantryman’s Badge.  Michel has previously served as Chair for the Governor’s Defense Initiative Task Force and as a member of the Governor’s School Safety Task Force.

Director Michel is a native of McComb, MS.  He is an alumnus of the University of Southern Mississippi’s School of Business where he earned a degree in marketing.  He is the recipient of a master’s degree in strategic studies as a graduate of the United States Army War College.  Michel has one daughter, Anna Morgan.  She resides in Nashville, TN.

MEMA IN THE NEWS