“Getting these water distribution sites up and running quickly was a top priority,” said Governor Tate Reeves. “Local, state, and federal officials are working together in tandem to ensure that everyone in Jackson has the supplies they need to weather this crisis. As the state works to repair Jackson’s water system, we’ll ensure these sites are well stocked and able to meet the needs of the people.”

One of the seven points of distribution sites is the Mississippi State Fairgrounds, operated by Commissioner of Agriculture and Commerce Andy Gipson. Gipson says, “We are proud to be able to assist the people of Jackson during this time of crisis, and we appreciate the efforts of Gov. Reeves, MEMA, the National Guard, and so many other agencies who are all pulling the same direction to help get water to those in need. For decades, the Mississippi State Fairgrounds has served as an emergency response center. We are ready to continue our efforts as we support the State’s emergency response team.”

The state of Mississippi is working diligently to resolve the water issues and provide safe drinking water for the citizens of Jackson. 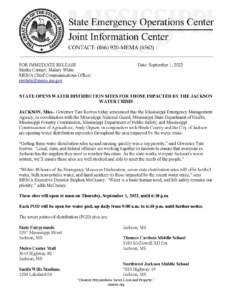 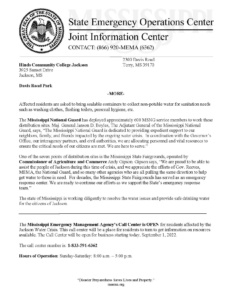 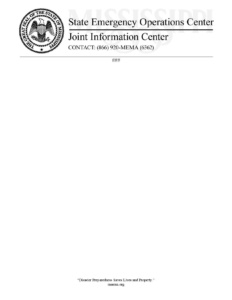