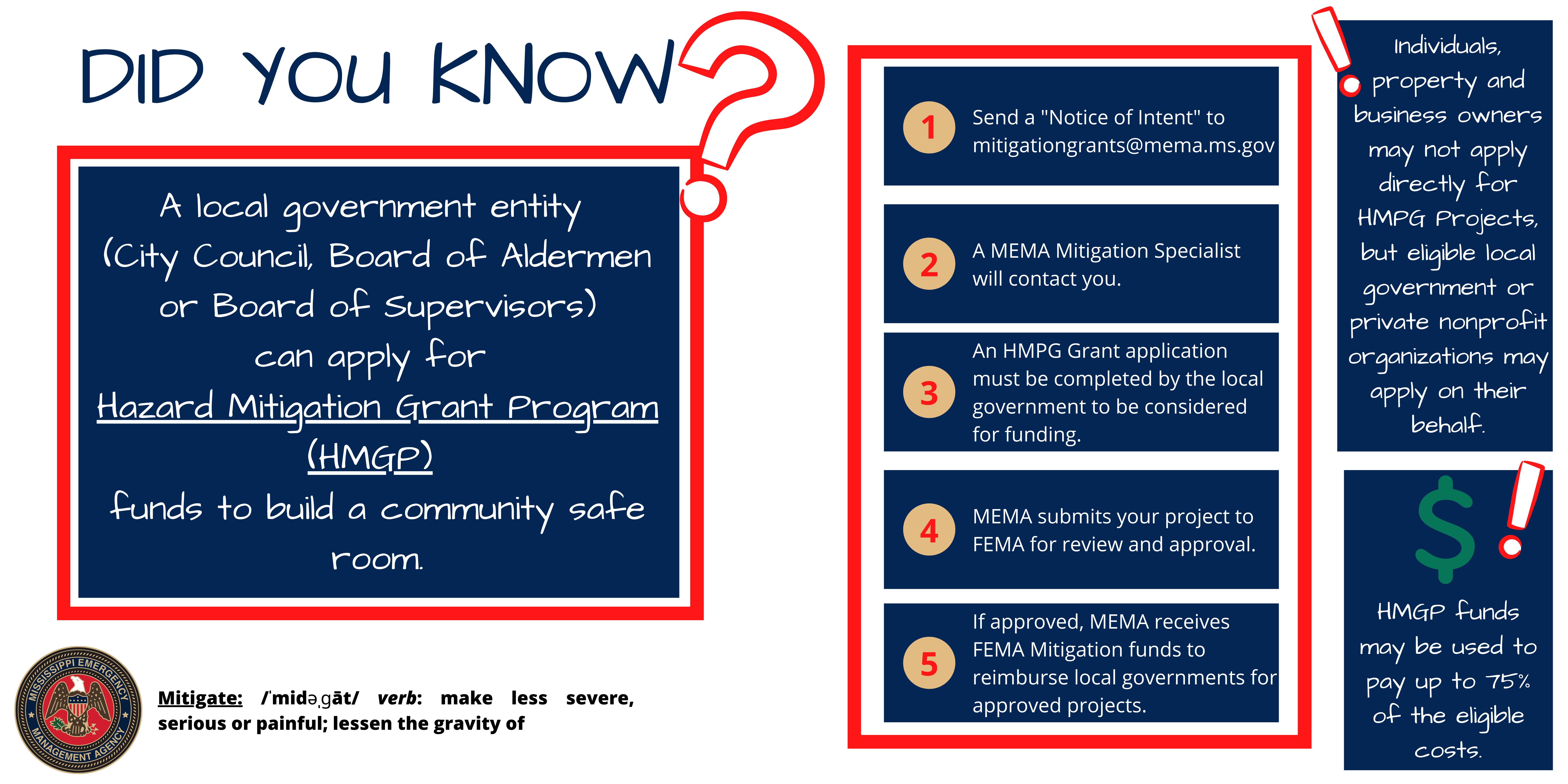 Hazard mitigation is the cornerstone of emergency management. Mitigation is the ongoing effort to lessen the impact disasters have on people’s lives and property through damage prevention and flood insurance.

The Mississippi Emergency Management Agency’s Office of Mitigation is responsible for coordinating disaster loss reduction programs, initiatives and policies throughout the state. Disaster loss reduction measures are carried out through the development of state and local hazard mitigation plans and the implementation of those plans.

State and local mitigation strategies that qualify for funding are:

To qualify for mitigation grants, state and local governments are required to develop and implement hazard mitigation plans. The State Hazard Mitigation Plan, developed by hazard-specific mitigation teams with direction from the Mitigation Office, identifies the major natural hazards that affect our state, assesses the risk that each hazard poses, projects the vulnerability of our people, property and infrastructure to the specific hazard and recommends actions that can be taken to reduce the risk and vulnerability to the hazard. The State Hazard Mitigation Plan also contains a description of programs, policy, statues and regulations applicable to hazard mitigation.

The Mitigation Office Director is Jana Henderson. She can be reached at (601) 933-6636. Additional information on mitigation programs and policies may also be obtained from the FEMA Web site at www.fema.gov. 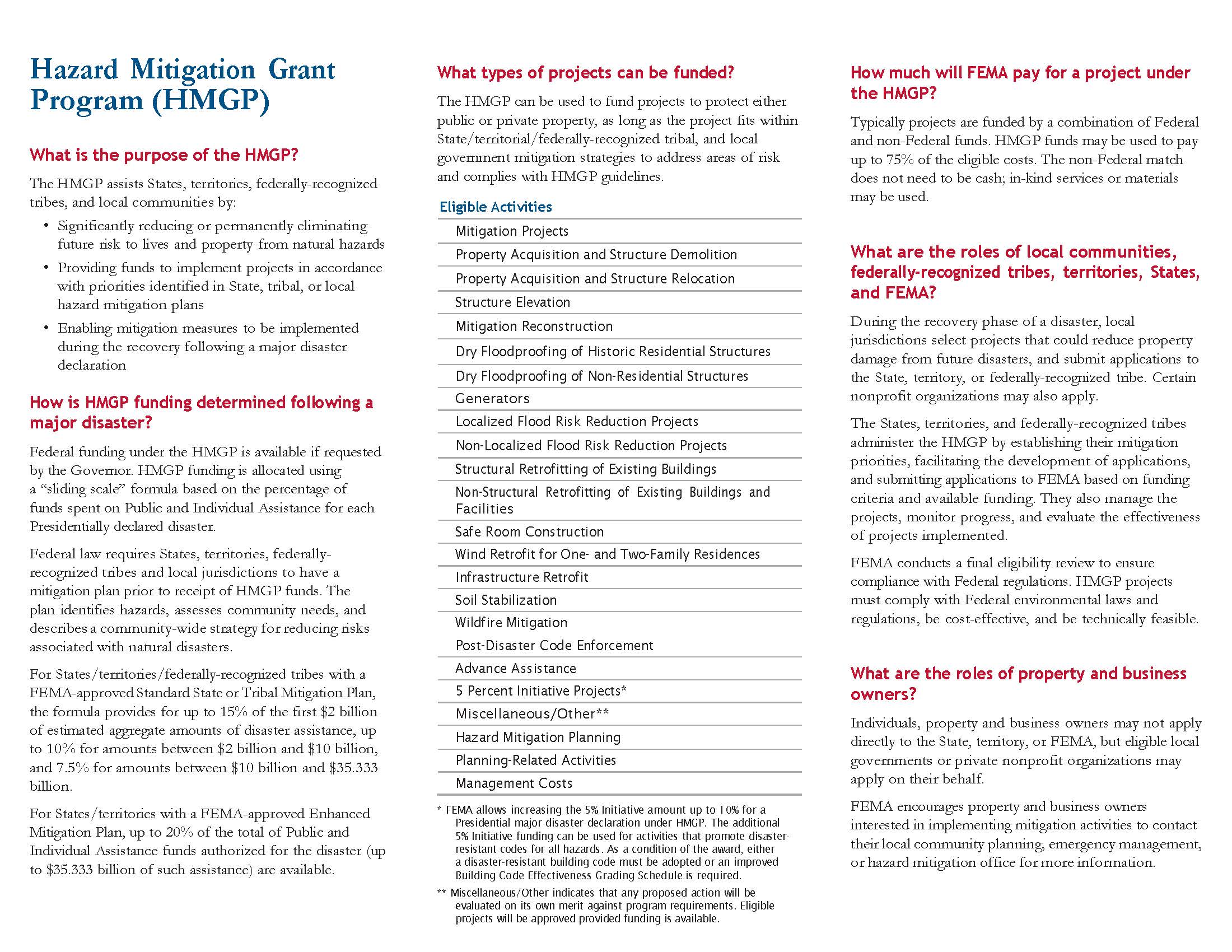 MEMA4Kids: This campaign is built around Delta the Disaster Dog, Pearl the Preparedness Pup, and Jake the Mitigation Wizard.  Delta and Pearl embark on a journey across Mississippi to learn about all the hazards we face and how to prepare for them. At the end of each trip, Jake offers advice on mitigation, which is techniques to reduce the impact of a particular disaster, on people and property. For more information contact Jana Henderson at jhenderson@mema.ms.gov or 601-933-6884.