JACKSON – The National Weather Service is predicting the Pearl River at Jackson to crest at 38 feet by Sunday. 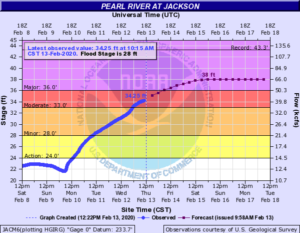 At that height, homes and businesses in the Byram, Flowood, Jackson, and north Richland areas will be affected by floodwaters. This would also be the third-highest crest in recorded history.

In the link below, you can find an interactive inundation map to see where the waters from this flood could reach.

How to use NOAA Interactive Flood Inundation Map

Also, here is an estimated amount of structures that could be affected by the flooding. 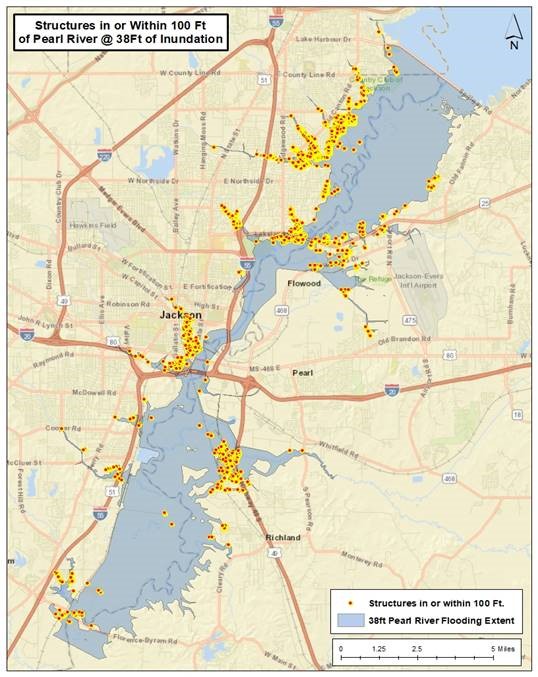 City, county, and state officials encourage those who live in the affected areas to evacuate as soon as possible.

The City of Jackson is making sandbags available. The address is 4225 Michael Avalon Street.

Also, the City of Jackson is opening a long-term shelter. That site is the Police Training Academy at 3000 Saint Charles Street.

Weather officials are not certain how long it will take for floodwaters to recede. There is more rain forecasted to impact the area beginning Sunday.

Listed below are the streets that could be affected: